Do you remember that song, “Video Killed the Radio Star”? I always think of this song whenever I talk to anyone about digital video.

Digital video has been the talk of marketing strategies for years, but its popularity is growing — and quickly paying dividends for advertisers. When I talk about digital video, I am talking about OTT/CTV, pre-roll, and more. Video consumption is one of the best ways to get your company or product in front of the right people, at just the right time.

What does “cord-cutting” mean?

At one point or another in the last few years, you’ve probably heard the term, “cord-cutters.” It refers to people who decide they no longer want to pay for and receive a television subscription, like cable or satellite. This doesn’t mean these people can’t be marketed to; it just means they are consuming video in different ways than traditional television.

According to eMarketer, more than six million households will cut cable and other paid-for TV subscriptions this year alone. They also predict that by 2024, 46 million more households will be cutting the cord as well which will have a huge impact on television advertising in the future. With the dwindling ability to reach households through television, advertisers are looking for new ways to market to their customers.

So where are people watching video content now, and how can they be reached?

What do OTT and CTV mean?

You may have heard about OTT or CTV the past few years. This stands for over-the-top or connected TV. This refers to content that can be streamed and viewed over the internet on devices such as Smart TVs, Amazon Fire Stick, Roku, or Apple TV instead of cable or satellite.

Millions of people are turning to OTT to watch video content instead of traditional TV. Not only are they already paying for internet service, but this means they can eliminate their monthly cable or satellite bills and still watch many of their favorite shows. If you watch Hulu or Netflix (both OTTs) at home, you’re already familiar with this option.

In 2019, Business Wire predicted that within five years, streaming viewers would exceed traditional pay-TV viewers — and it certainly seems to be moving in that direction.

One of the biggest advantages of advertising on OTT is that it is highly targeted. Instead of casting a wide net approach like traditional cable, OTT gives advertisers the ability to target customers by geography, demographics, and more.

Ad spending on OTT has been on the rise for years as more customers cut the cord from traditional pay-TV. eMarketer predicts that in 2020 ad spending on OTT will top $151 billion. Especially during an election year where traditional TV buys are scarce, OTT gives advertisers the opportunity to buy TV, but in a new way.

Besides OTT/CTV people are consuming digital video in other ways. YouTube, news websites, or any other sites that stream video content will likely show 15-second advertisements before a video starts. This is called pre-roll (or post-roll if it’s played after the video ends).

Digital video in this method gives advertisers a different way to reach customers.

YouTube has been the biggest congregate of digital video viewers over the years and sees more than two billion monthly viewers spending more than 250 million hours per month on the site.

Advertising via skippable pre-roll on YouTube is considered by marketers as the most effective format of advertising. Its system of pre-roll advertising bills on a Cost Per View (CPV) format instead of the standard Cost Per Thousand (CPM) most other digital marketing platforms use. With CPV, a view is only counted if the viewer watches the ad the whole way through. So, if a viewer skips the ad or leaves the screen while the ad is playing, it is not counted against the advertiser. This gives the advertiser the ability to purchase YouTube pre-roll by views instead of impressions, which can help you maximize your ad budget.

What’s more? YouTube ads can also be targeted by demographics, interests, and geography. They also have the added benefit of being immediately trackable, so you can see your ad’s success in real-time.

If digital video isn’t part of your marketing plan yet, it should be.

Whether it’s through streaming or YouTube, people are consuming more video content than ever before. The viewership for both OTT/CTV and YouTube continues to rise, and advertisers now have the ability to target people in new, more cost-effective ways.

The one-size-fits-all approach of traditional cable just doesn’t work anymore. If advertisers want to reach their audience, digital video is the way to go. 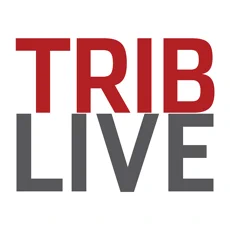 I’m interested in reaching homeowners and those with a higher disposable income, what does your audience look like?

Trib Total Media print and digital products are great resources to reach homeowners and those with disposable income! Average household income of Tribune-Review readers is $79,700 and 80.5% of Tribune-Review readers are homeowners. Average household income for TribLIVE users is $97,900 and 79% of TribLIVE users are homeowners. Chat with one of our Advertising and Marketing Consultants today to discuss the best ways to reach your target audience.

I just opened my first business and would like to start my marketing efforts, how do I go about that?

Congratulations! Each business is unique, there’s no one-size fits all advertising package. Let one of our Advertising and Marketing consultants assist you in tailoring a campaign specifically for your business, share some basic information and let’s get started!

My company has its own Facebook page and I send weekly e-mails to our customer list, why should I spend money on advertising?

You are off to a great start! However, if your goal is to reach a new audience, attain new customers, and grow your business, they need to see your message. Our multimedia portfolio of products and services can help you reach new potential customers, no matter who they are or where they are located. Investing in a tailored advertising campaign will complement your social media and email efforts, generate brand awareness, increase your customer base and ultimately lead to more sales. Contact us today to learn more.

How can I get a story published about my business?

Editorial content is published at the discretion of Trib Total Media’s Editorial Staff. If you have a press release that you would like to submit for Editorial consideration, please email multimedia@triblive.com. Otherwise, Native Advertising is the best way to guarantee a story about your business. Native Advertising exposes readers to your valuable content without looking or reading like an ad. You can also post your story – for free – to TribLIVE’s Neighborhood News Network. Contact us for more information!

I’m interested in print advertising, but I’m not sure of the publications that would impact my business.

Trib Total Media’s network of daily and weekly print publications covers Allegheny and Westmoreland counties along with portions of Armstrong and Butler counties. Increase your exposure with geo-targeted digital advertising and email marketing! Contact us and let’s talk about the best options for your business.

I’m unsure of what my marketing budget should be?

Trib Total Media has access to research and tools that can provide insights into a competitive budget for your type of business, location and business size. Realizing what type of budget can garner positive ROI by allotting shares of your total budget to different advertising channels.

I’m interested in reaching people just in a specific zip code.  Do you have a product or products that can do that?

Trib Total Media’s weekly community newspapers along with direct mail and digital advertising tactics can help you reach people within a specific geography. Contact us to find out how.

I want to speak to someone in a leadership role in advertising, but don’t know who to call?

Visit our Meet the Team page and click on our photos for more information.

What size ad should I run?

When determining ad size, consider the desired outcome and the amount of content you want to include in the ad. If you have a short, succinct message, perhaps a full-page ad isn’t the best use of space. On the flip side, if you are trying to communicate a lot of information, a small ad would not be recommended. Our Marketing and Advertising Consultants and talented Creative Team will work with you to develop creative that will deliver results.

As we always say, successful digital marketing cannot happen without an attractive, functioning website. If you’re not happy with your website, consider a redesign. Not ready for a complete overhaul? Just develop a new landing page specific to your campaign. Whichever route you take, our talented team of designers and developers can make the process quick and easy. Then, when your website is where you want it to be, we can develop a plan to get people there!

Can I just do one ad to try it out? How many ads should I run/how long do I need to advertise?

It’s often not enough to run one ad one time and expect big results. Consumers need to see an ad 7-8 times before they act. Repetition, consistency and targeting are keys to advertising success. Your immediate, mid-range and long-term goals will help direct your advertising strategy. So, let one of our Marketing and Advertising Consultants help develop an efficient and cost-effective marketing plan customized to fit your needs.

What type of offer should I include in my ad?

Before deciding on your offer, first consider your goal. What do you want your ad to accomplish? Do you want to drive online sales? Foot traffic to your location? Brand awareness? Schedule some time to strategize with a Marketing and Advertising Consultant today and decide the best offers to appeal to your customers.

What is my goal for advertising?

Every business is different and everyone’s goals are different. You need to decide what makes the most sense for your business. Fear not, we’re here to help! Let’s work together on a Customer Needs Analysis and set goals and a marketing plan to accomplish them.

What are realistic expectations for my advertising/marketing campaign?

When establishing your campaign, set specific, measurable, attainable goals that align with your overall business strategy. Be reasonable with your expectations, leads must be nurtured and that takes time. We’ll help monitor the campaign, analyze and optimize.

How do I identify my ideal customer?

Start by getting to know your customers a little better. What problems are you solving for them? What needs are you fulfilling? Then, look at your current customers. What is their buying strategy? What are their habits? Consider if you are happy with these customers or if you are missing the mark. We can help you build a complete customer profile and put all of this information to work for you.